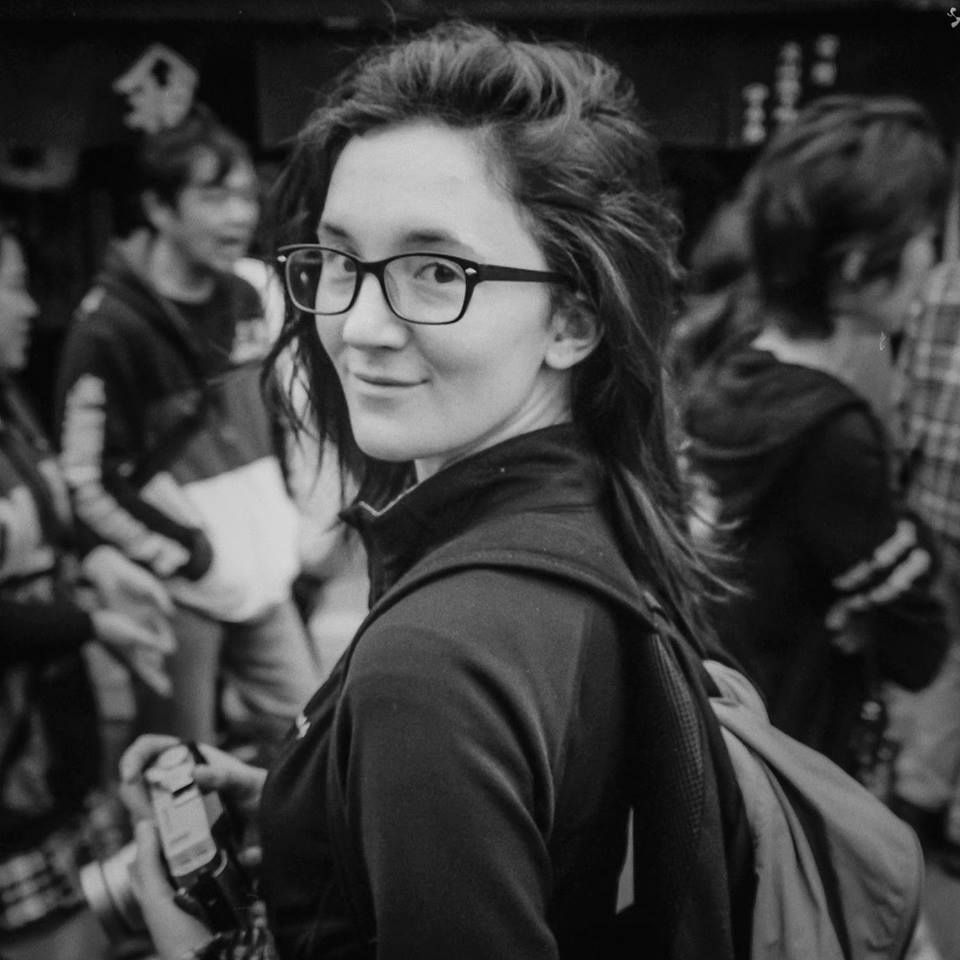 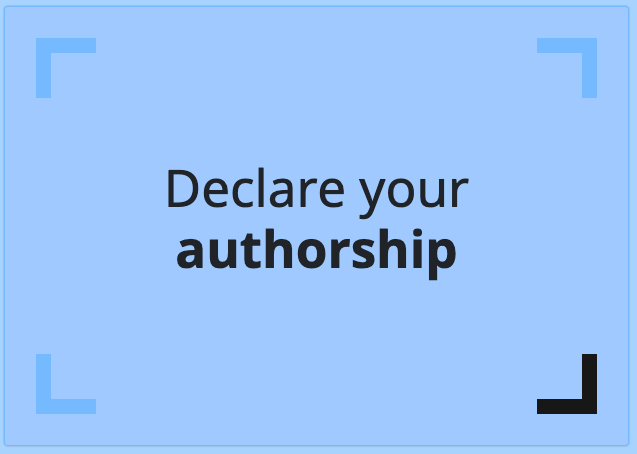 Screenshot of The Four Corners website also included in the interview with Fred Ritchin as part of Visura's Frame Series (here).

Disclaimer: The views and opinions expressed in this article are those of the authors and do not necessarily reflect the official policy or position of FotoVisura Inc, Visura Media or Visura.co. Writer Clary Estes is publishing this essay as a personal reflection on the Reframe series of articles published by Visura Media in relation to the interview she conducted with Fred Ritchin in which they discussed the development of the Four Corners contextualization tool in March 2019. This opinion article is best read after reading the 3-part Visura series with Fred Ritchin, which can be referenced here.

As Fred Ritchin reintroduces a new optimized version of the Four Corners Project into the market, it will be interesting to see what and how effectively it deals with the repeating pervasive issues of the photojournalism industry that preoccupy Ritchin and forward-looking content creators.

At this point, any anticipation of the tool’s ultimate usefulness can only be pure speculation, thus, the only way to give it a fair chance is use it and see what time dictates for the tool. This is why I wanted to learn more about the tool and encourage readers to give the Four Corners Project a try and examine for yourself its pros and cons, and potential possibilities.

The individual image over the whole?

As I have come to understand it, the tool prioritizes the examination of the breadth of an individual image over the images as part of a whole series, though not exclusively. Thus, to some degree, the Four Corners tool pushes an older, single image idea of “the shot”, while simultaneously challenging that idea with the inherent demand for viewers to surpass the self-contained single image itself as the final product. Four Corners recognizes the necessary need to understand the context within the image, including the time, effort, research, associated links and relationships built in order to make any given image.

As we have first experienced first-handed — citizen journalism and the rise of camera phone photography, as well as CGI and GAN (Generative Adversarial Networks) technology, have fundamentally challenged professional photojournalism and publishing’s place within the media landscape.

Considering the pervasiveness of cell phones within the American landscape alone, the presence of a press pass as the vehicle to distinguish a professional photojournalist from an amateur photographer has become a bit dated, even though they remain pertinent. When thinking about this distinction, I would direct anyone who is interested in just how easy access has become for the layman to recall the famous leaked Mitt Romney video during the 2012 election where he was caught stating that “47 percent of the people will vote for [Obama] no matter what.”  Or the rise of the Black Lives Matter movement, which was strongly spurred on by the saturation of cell phone video footage that captured police brutality towards minority and majority black American citizen. These social trigger points all rose within 10 years of the analogous, famous “Mission Accomplished” speech and subsequent staged image taken of George W. Bush in 2003 on the USS Abraham Lincoln proclaiming (wrongly) victory in Iraq.

Is it too late?

I cannot help but wonder how this tool would have been implemented 15 years ago when Ritchin began posing the idea and asking photographers, editors and publishers alike to start interacting and questioning their content in a more direct manner reflective of the new technological changes. Obviously, no one took the initiative, so it was up to Ritchin to push the conversation to where he knew it needed to go. Now we will see if the tool still fits the landscape which it lives within, or if our current media world has outgrown it.

As users of this tool, it is not too much to analyze whether or not the tool is missing something. Even if the Four Corners Tool may solve the need for better contextualization of the image—is the execution of the tool itself complete? Is the design effective? Is the user experience for the photographer or viewer effective? How can we as a community contribute to the expansion and growth of tools like this?

When I was studying for my Masters in New Media Photojournalism at the Corcoran College from 2011-2013, I was challenged to question what the image of the 180-degree view behind the frame would look like. Images of combat zones with lines of photographers on the side of active battle were a favorite example among my teachers. Even today, as I think about parallel examples, I go to the social media feeds of my colleagues working on the hill, which are populated with images of the press pool being directed and positioned to take sibling shots of politicians and people in power as they move and shake America through policy.

As a storyteller, this analysis used to be a necessary part of the process, however, today as a consumer and creator of news in today’s uncertain media landscape, I would argue, it is vital. As consumers and creators, we simply do not fully understand the nature of this new digital image beast yet. We may truly not understand it for some time; especially, as it seems to be morphing into new forms faster than we can keep up and it is yet unclear who is making the rules of our new media world. It is notable that the Four Corners Projects suggests bringing the 180-degree view line of ethical inquiry and discussion to the public sphere. I think this is a good move; audiences are ready and I believe many photographers are ready too. I imagine this inclination on Ritchin’s part came about from his own history, observations and frustrations of not only how the industry has progressed technologically, but also how it has resisted progress philosophically. Audiences and many photographers are already chomping at the bit for a more contextualized conversation to gain a more solid footing within the editorial and publishing process.

Another possibility is that the tool also has the potential to allow interested photographers to easily create more complex, non-linear narrative photography structures. With links, images, and backstory embedded into the metadata of each image, the photographic story is further pulled away from the trajectory of a straight line (a slightly more common tendency of photojournalism though there are many instances of non-linear photography stories within documentary and more fine art forms of photography), and rather promotes a far more circular way of reading images and image stories, promoting subtler narratives and more information per image. Whether audiences will be willing to commit the additional time to this form of storytelling has yet to be seen; will Four Corners help photographers create projects that keep audiences engaged for longer, or will the consumerist tendency of photojournalism consumption perpetuate and will it be left behind with a swipe to the left? Again, time will tell.

Potential uses outside of photojournalism.

In hindsight, it was actually my mother, a retired anthropologist and archeologist, who brought up an interesting point that I would not have otherwise thought of. After looking at the tool she observed, “I can see so many uses for this tool. My professional work, for one, but perhaps much larger in scope, genealogists could use it to contextualize the millions of family images they have. I just found a bunch of family photos I want to scan and this tool will be a great way to experiment with ways to digitally store the images and the information I know about them. Brilliant, Mr. Ritchin!”

And there you have one of the more interesting aspects of unveiling a tool like this. It is not only how the tool could be used to further photojournalism, but how it could be used in ways we cannot yet anticipate by people who work entirely outside of our industry?

Lastly, Four Corners requires more contextualization of the image on the photographers part, but it is not yet clear how editors and publishers will be held more accountable through this tool. Editors are far more involved in the development process of a story than I think most audiences are aware of. Is there space on the Four Corners tools to indicate who wrote what and why? What if the contextualization of a story incorporated narrative development after the story was photographed? Will or can there be guidelines established for how photographer and editors will be using such a tool. Will the rabbit hole of contextualization go too deep as a result?

Is this tool another way to put further attention onto photographers for their role in photojournalistic storytelling while still giving editors and publishers a pass for their role, or could this tool instead be used to protect freelance photographers (through mutual accountability) during the publication process? I rarely hear of an editor suffering the repercussions of a photography story under fire, rather it is still the photographer who carries the lion's share of the risk and responsibility of a project. As the tool and our industry develop, these questions are worth thinking about.

Ultimately, the point of exploring these tools and developments is to find a productive way to address the issues of contextualization and the audience’s confidence in photojournalism today. As an industry, we must be rigorous with our investigation and hold ourselves to a higher standard, while remembering that we are also swimming in somewhat still new, uncharted and murky waters that we are trying to study.

As we in the photojournalism industry navigate these tools within our new image world we must always remember that we simply need to be aware and self reflective of how important it is to be objective observers to the issues of the industry we are operating within; we are fully immersed in these issues, which can present new and ever-changing challenges to solving our problems.